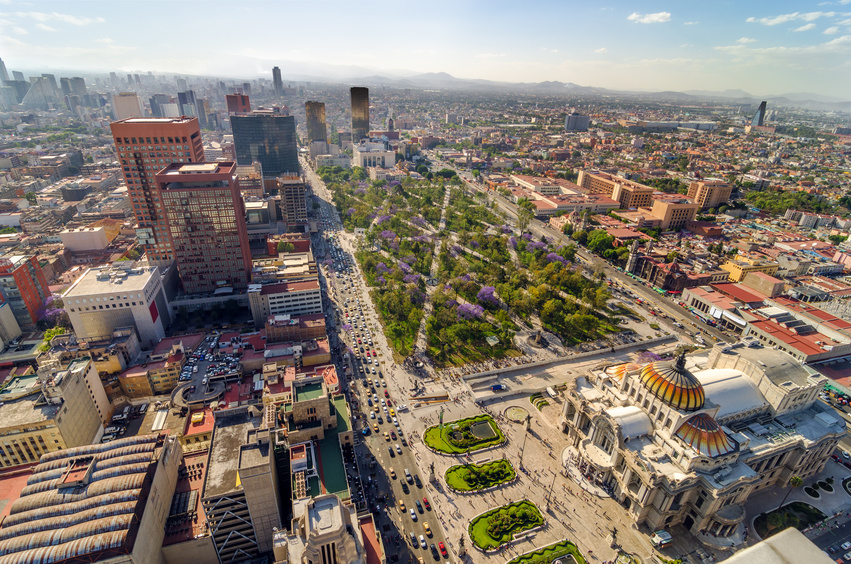 In October 2022, the MLI was ratified by the Mexican Senate and could enter into force as soon as February 2023. As of the entry into force of this instrument (the “Instrument”), the Mexican Double Tax Conventions (DTCs) in effect will be automatically modified, without having to enter into the specific negotiation processes with each one of the signatory states. The Instrument is, perhaps, the most impressive result of the BEPS Project, as it permits updating DTCs and allows jurisdictions to incorporate BEPS actions into their current DTCs without the need to resort to bilateral negotiations.

The entry into force of the modification of each of the affected DTCs will depend on whether the two countries have completed their ratification process. As such Mexico, being observant of the international commitments reached under BEPs, in particular, in connection with the compromises adopted within the context of Action 15 of BEPS, has ratified the Instrument and will deposit it before the OECD in the near future, with the effective date still unknown. Once the Instrument is deposited, it will become effective as of the first day of the following three calendar months. Some provisions of the MLI are expected to become effective in 2023, whereas others in 2024, the latter specifically in connection to withholding taxes.

The main objective of the MLI is to guarantee the implementation of BEPS measures regarding DTCs in a fast, synchronized and efficient manner by skipping the need to re-negotiate each DTC on an individual basis. The Instrument is intended to align and facilitate the understanding and application of a number of DTC provisions mainly related to the substance and purpose of the specific cross-border transactions in order to prevent abusive behaviors by taxpayers and ultimately to challenge the entitlement taxpayers may have to secure DTC benefits.

The Instrument incorporates a number of general anti-abuse rules, including guidelines related to hybrid mismatches, treaty abuse within the context of the “principal purpose test”, permanent establishments, mutual agreement procedures, and arbitration (Mexico did not adhere to the latter). As of today, out of the 60 DTCs Mexico has in effect, more than 90% are considered Covered Tax Agreements (“CTAs”) under the Instrument, that is to say, DTCs that will be amended. As mentioned before, the current drafting of those treaties will be amended by the Instrument accordingly. While the United States did not sign the MLI, US multinationals utilizing non-US structures connected with Mexico will most likely be affected by the provisions of the MLI.

Actions 2, 6, 7 and 14 of BEPS will be the ones affected by the implementation of the MLI. As such, the MLI provisions will neutralize the effects of hybrid instruments, prevent the abusive utilization of DTCs and the artificial utilization of measures aimed to avoid the existence of a permanent establishment, and will enhance the utilization of alternative dispute mechanisms, respectively. Also, specific provisions are included in connection with tax transparency and the transfer of shares.

Upon adopting the MLI or in advance, the parties choose which treaties in their network will be CTAs and will be entitled to elect between different options to comply with the BEPS Action Plan without being able to make exceptions other than the ones allowed by the MLI. The MLI is integrated by three different types of provisions, namely: the ones that are mandatory as they represent a minimum standard that the signatory states must observe, for instance, the “Principal Purpose Test” under the MLI; the ones that are optional (negative), which are those that are included in the Instrument unless a reservation is made eliminating its application; and the ones which are also optional (positive) that require the express acceptance of their application by the signatory states.

In closing, Mexican taxpayers and US multinationals doing business in Mexico through corporate platforms located in a different country should analyze the potential effects triggered by the MLI. The MLI requires a review of any impacted structures and, if any, a revision of such structures to secure and properly reflect and document the desired levels of substance that multinationals should maintain in relevant jurisdictions. The Mexican tax authorities will be having more tools and mechanisms to conduct more sophisticated audits.

With 33 years of experience, Jorge has been voted as the Latin America Tax Litigation and Disputes Practice Leader of the Year (2020) by the International Tax Review. He has been nominated to appear in the Guide to the World's Leading Transfer Pricing Advisers. He has been ranked as one of the leading tax practitioners in Mexico by Chambers & Partners every year since 2011, and as of 2018 he has been ranked in two different practice areas. He has been ranked by Legal 500 and by World Tax as one of the top tax disputes attorneys in Mexico and praised by well-known international publications for his transfer pricing and corporate reorganization work alongside his very strong practice in tax rulings, treaties and litigation. As of October 2014, he has been chairing the Global Tax Dispute Resolution Group of Baker McKenzie. Formerly, he has acted as chair of the Latin American Tax Practice Group and member of the Global Tax Steering Committee of Baker McKenzie, as well as member of the Global Transfer Pricing Subgroup of Baker McKenzie and chair of the Latin American Value-Added Tax Practice Group and member of the Global Value-Added Tax Steering Committee of Baker McKenzie. As of October 2013, he was appointed as member of the Global Financial Committee of Baker McKenzie, representing Latin America. He is founder member of the Legislative Tax Analysis Group (ATRIL). In March 2012 he was appointed by the Mexican president, for a four-year term, as honorary independent advisor and member of the Sounding Board of the Mexican Taxpayers' Ombudsman (the PRODECON). In early 2021, he wrote the foreword of the book Taxpayers Rights in a Transparent and Global Society, which was globally published by the PRODECON. Early this year Jorge presented at the 5th Meeting of Vienna Multi-Stakeholder Group on Improving Cross-border Dispute Resolution organized by the United Nations and the OECD. Jorge has also participated as an author in the special edition recently published by IDC Mexico dealing with BEPS writing about Action 12. In May 2019, Jorge participated as speaker at the Global Tax Conference, Driving the Future, organized by Harvard ASH Center, Kennedy School of Government and the Irish Tax Institute in Dublin, Ireland.