Browsing
Gary Seib is focused on bringing together global, regional and local teams to deliver commercial success for the Firm’s clients. He passionately believes in simplifying complex legal and business matters. Gary is known for his client-centric approach that drives value and innovation. Gary was described by clients in the Acritas Stars Report as being "knowledgeable, very approachable, friendly." Gary is ranked as a "Star Lawyer," (2017 - 2021) an "Eminent Practitioner" and a leading practitioner in his field by top legal directories, including Acritas, Chambers Asia, Chambers Global, Asia Pacific Legal 500, IFLR 1000, and “PLC Which Lawyer?” He is one of the first lawyers to be granted “Solicitor Advocate” status before the Hong Kong courts and has extensive experience in alternate dispute resolution techniques, particularly in arbitration and mediation. Gary practised as a barrister in Australia for over eight years (1996-2004), and returned to Baker McKenzie as a partner in 2004 to lead its Dispute Resolution Group in Hong Kong and China. Gary also served as the Asia Pacific Chair (2006 - 2009) and Global Chair (2009 - 2014) of the Firm's Dispute Resolution Group, and as Asia Pacific Co-Chair of the Compliance Practice. From 2014-2018 Gary served on the Firm’s Global Executive, including as Chair, Asia Pacific 2016-2018. His leadership covered 17 offices across 12 countries, overseeing more than 3,500 legal and business professionals in the AP region. 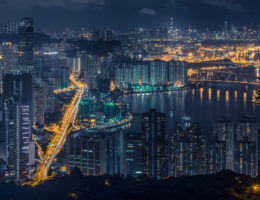 While Hong Kong has yet to enact specific legislation on cybercrime or cybersecurity, this will soon change with the announcement of the proposal to enact a new cybersecurity law during the Chief Executive’s 2021 Policy Address and the issuance of a consultation paper on “Cyber-dependent crimes and jurisdictional issues” by the Hong Kong Law Reform Commission. Hong Kong: Police ‘informal freeze’ of bank accounts declared unlawful and unconstitutional — Is that the end of the ‘No Consent Regime’?

Since finding that the Police’s use of a “No Consent Regime” (“Regime”) in freezing accounts that contain suspected proceeds of crime was unlawful and unconstitutional, the Hong Kong Court of First Instance has now handed down its decision on relief and costs in Tam Sze Leung & Ors v. Commissioner of Police [2022] HKCFI 772.
The Court declared that the Letters of No Consent (LNCs) in issue and the Regime “as operated” by the Police are: (i) ultra vires Sections 25 and 25A of the Organized and Serious Crimes Ordinance (OSCO) (Cap. 455); and (ii) incompatible with Articles 6 and 105 of the Basic Law, as the Regime as operated by the Police is not prescribed by law and is disproportionate